I know I know, some of you are sick of my Brewers posts, but can you blame me. It has been pretty exciting here and so here is another Brewers post. So today was Emma's first game ever. We tailgated with my aunt, uncle, and cousin. Everyone was very nervous for the game, but were ready for it. It was a great game. It was very nerve-racking, but when Braun hit that homerun, the place just went nuts. There were a good number of Cubs fans there, but after that they didn't do too much more cheering. During the whole game we were all keeping an eye on the Marlins/Mets score. Whenever the Marlins would go up- the whole place would erupt. After the game all the Cubs fans started leaving and we stayed. They ended up putting the Mets game on the jumbrotron and everyone was on the edge of their seats watching. After they lost, the place went nuts and just couldn't believe it. All the Brewers came back out after celebrating in the lockerroom and came out on the field to celebrate with the fans. Some of them were spraying champagne into the crowd and everything.

Here are the pics from the game and celebration:

Here are a few pics of the girls and their cousins from the last couple of weeks. We have been enjoying the warm weather, we went to the Zoo this past week and Maddie is still loving school. 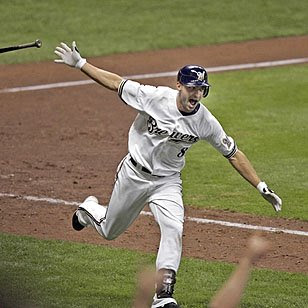 So last night my dad and I were at the Brewers game. We were a few rows back from our usual seats, it was also fan appreciation night, we didn't win anything. We were just watching, keeping score, talking to the guy next to us, and hoping for a Brewers win. Gallardo was back after being out for 4 months. He pitched four strong innings, by the bottom of the 4th it was tied 1-1 and stayed that way until the bottom of the 10th.

So here comes the extra innings, I looked at the clock and it was a little after 10, I'm thinking my limit is 11pm. We were all getting anxious. Three walks and two outs in the 10th- I was thinking they were going to walk in the winning run. Let me tell you, it was amazing. I don't even know if I can describe it. Two strikes with Braun up, he hit it and everyone knew it was gone. It wasn't one of those major league pop-ups that some people around you think is out, but doesn't even come close, it was gone in the 2nd deck. It was awesome!! That is definitely going to be a game that I will never forget.

We now have three games against the Cubs, while keeping an eye on the Mets playing the Marlins. We are all going to the game on Sunday- I'm just hoping it doens't come down to Sunday, I'm not sure I'd be able to handle it.

Best part of the Grand Slam- dad called it. Right before the pitch, he looked at me and said he is going to hit a grand slam. Classic dad.

Sorry this is about the Brewers and not much updating. I promise after this weekend I'll post some pics of the girls, the Chapmans are coming and Maddie starts tumbling tomorrow.

New things all around

Well Chad started at his new school- at least that is what the girls call it. He started on the 25th. He got into the swing of things with just a 4 day work week since they had Friday off for Labor Day weekend. That same week we had a new member orientation at church and an Open House for Maddie. Labor Day weekend was spent just hanging out. My parents headed to Iowa to see baby Nolan and to help Jana and Mike pack. We had some people over on Saturday to watch football. Chad was more than disappointed when the Michigan State game was not shown here. He even had three tvs going- one for the Missouri game, one for the Michigan State game, and one for the Brewers game. We all had lots of fun and even got a few rounds of MarioKart in. John- a freshman at CUW who is from Concordia, Tomball even came over to hang out.

Sunday after church we headed to Matteson for Luke's 2nd birthday party. We were in the midst of all the Harley riders heading home from Harley Fest. 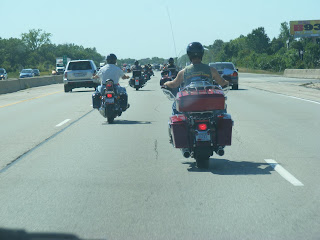 I was mad I didn't take more pictures over the weekend, but I did get a few on the way down to Matteson. The girls loved all the motorcycles all week and looking for them wherever we went and they were everywhere we went. I loved seeing them all too. I always said I wanted a Harley. So back to Luke's birthday party. We had a good time just hanging out and visiting with the Husters. There were a couple of other teachers from Scott's school there too. Luke had a great time eating his cake, opening his presents, playing with his presents, and then taking a bath with his cousins. 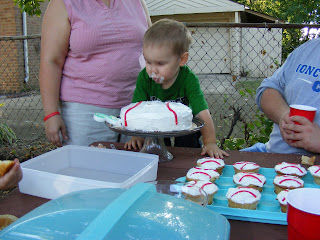 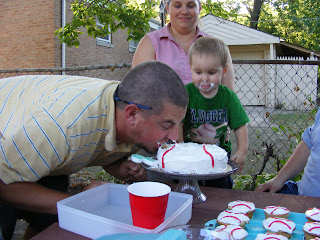 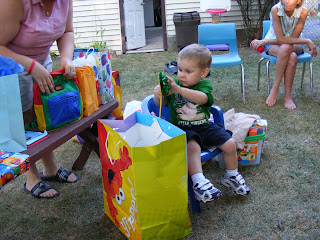 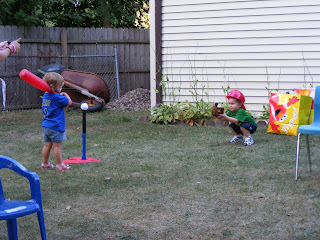 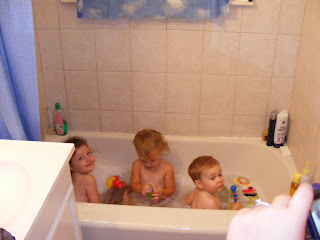 Monday we headed up to Germantown to help do some cleaning. It ended up being a burning of all the things that were being thrown away. I think everyone was having way to much fun throwing things into the fire. 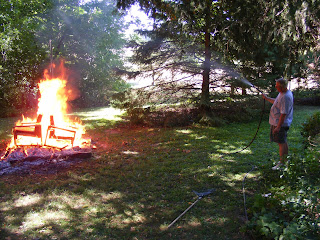 We had a quiet day around here on Tuesday. 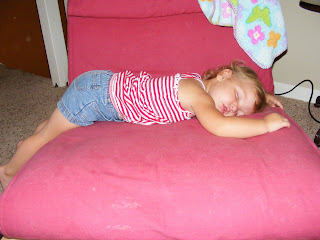 Chad had a fantasy football draft with some of the other teachers from school. I ended up at the Brewers game with my dad, cousin, his wife, two of my uncles, and my other cousin. It wasn't that great of a game considering they lost in 10. Maddie wanted to go to the game so bad, but with school on Wednesday she wasn't allowed. She was crying and whining and begging to go. She was crying about it and my dad and I were standing there listening to her when she comes out and says, "But I want to go to the game, I LOVE the Brewers". My dad and I couldn't help but laugh. Needless to say she still didn't get to go. 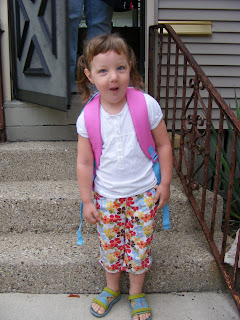 She has three under her belt and is loving every minute of it. Every day after I pick her up she goes on and on about what she did. This week is the first full week- we have school pictures on Wednesday. She likes her teacher and there is a student teacher for the first 7 weeks. On the first day when I picked her up her teacher told me how she was walking and talking and ran into the door- all I could do was laugh and say that that was typical Maddie. 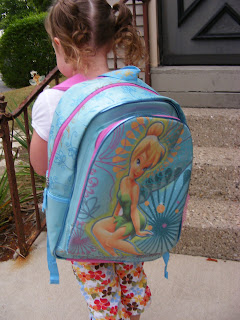 Friday Maddie finally got to go to the Brewers game. My dad, Chad, myself, and her went. While Emma stayed home with my cousin Alex. Maddie did pretty well. We did go and play on the playground for about an inning and a half. She was the star of the jumbotron getting on it about 3 times. We got to watch C.C. pitch again and see them win.

Saturday Chad and I got to head to the game ourselves. The doctor my mom works with has season tickets with another doctor. They are three rows behind the Brewers dugout. It was great to sit so close, but I actually prefer to sit up in my parents' seats on the club level, there is a lot more room up there. We saw another great win and a complete game shutout from Ben Sheets.

Sunday the Chapmans were here to go to the game. The girls and I dropped Grandma and Ben off at the game right at it was starting and then ran some errands. We then headed out to eat with them for Amy's birthday after the game. We have been keeping ourselves busy and are pretty much into a rountine now that school has started. This weekend is the first home football game. I know that the girls will probably be looking forward to going, as long as it isn't too cold for them. Maddie is always insisting on wearing a coat or sweatshirt to school. It has been in the high 60's.

Happy Birthdy to Amy!!!
Happy Birthday to Isaac- we wish we could be at your party.