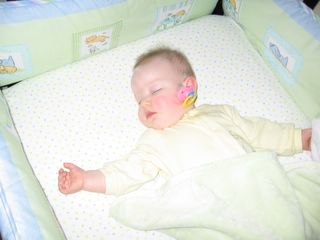 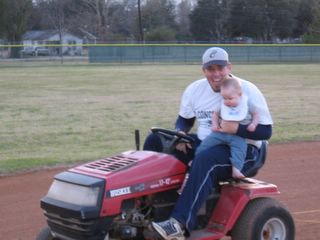 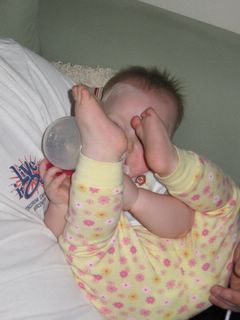 Well baseball season is upon us. I think that is going to be Maddie's question for the next few months. Baseball started on Monday- of course Chad couldn't get on the field because it rained all day Sunday and the field is like a sponge. So he had to have practice in the parking lot, but at least it was almost 60 out. I then informed him that if we were up north, this would be the best day you would get all baseball season, so he shouldn't be complaining.

I have one week of basketball left. This week has been a tough week. We had a hard lose on Tuesday- I'll just sum it up with the fact that we were up by 14 at half and lost by 4. It also doesn't help when you only make 2 of 18 freethrows. We have a game tonight and then two next week. I can't believe that the season is almost over. I mean it has been a long season, but it just doesn't feel like it should be done yet. I know that I should be thankful that baseball and basketball only overlap by two weeks.

Not too much else going on here. It has been perfect out all week. Just about 70- sunday the high is to be 78, so I know that mom is hoping this weather hangs around until the get here in three weeks. I'm sure that it will.

Maddie is doing great. She is pulling herself up, which usually then ends in her falling and bumping some part of her body. She hasn't gotten any goose-eggs or bruises yet, but I'm sure they are to come. We always joke that we wish she would be more of a happy baby(note-sarcasm) She is always talking and laughing and screaming just to get someone's attention and see them laugh. I think she gets that from Chad-he always has liked being in the spotlight. Isaac has now become a little afraid of her since she can move now. It used to be he could walk away, but she will now follow him and try to pull herself up by using him. He usually tries to get away even quicker then.

I think that we are finally back into the real swing of things since being back from Wisconsin. Now our schedule changes again with basketball ending and baseball starting. Maddie will figure it out one day, I think she just likes all the attention she gets when we are at school.

So here is a little story, you might not find it as funny as we did, but here goes.

Tuesday Chad and I both had practice until 4pm. The other three teams had games that night at school. Since we were done with our responsibilities, we decided to actually get home before five o'clock and relax. We also figured this would be one of the last times for Chad getting home early since baseball starts on Monday. So we are in the car, Maddie is strapped in and we are about to go, when Michael Wilke comes running out and asks if Chad has any of his referee stuff in his office. Surprise surpise refs didn't show up, so Phill and Chad reffed the JV boys game. Needless to say, some of our parents were not too kind to the two of them. Well so we finally got going at about 6pm and were heading to the ATM to deposit a check and take some money out. Chad is starting the transaction and anytime he touches the screen it doesn't register. So after the third time of cancelling the transaction I get out of the car and go around to the ATM and try it. I just start touching the screen all over the place and somehow we got both the deposit and the withdrawl made. It wasn't that funny, but you would think that since there are many people who touch that screen each day, they would keep it clean so things like that don't happen. I think what made it so funny was that all we wanted to do was get home, but the ATM touch screen was keeping us from doing just that.

Well other than our problems with ATMs, nothing too new going on. Maddie is into everything, she is pulling herself up and then falling down. She has only bumped her head a few times in the last couple days, but we figure there will be more of those.

It looks like we are going to have some more visitors in the next couple of months. Chad's dad was here this past weekend. Maddie got to spend some time with him and show him all her new tricks. I'm not sure if my mom will be able to wait four weeks to come and see us. She got to talk to Maddie on the phone last night, and Maddie actually talked back, okay well babbled. My sister and her family are making plans for spring break and then my other sister just decided to come down during her spring break. So we will have lots of people around. Which will be nice for me during baseball season. 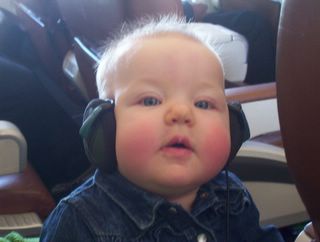 it can be a long ride to WI, so maddie watched star wars on the plane 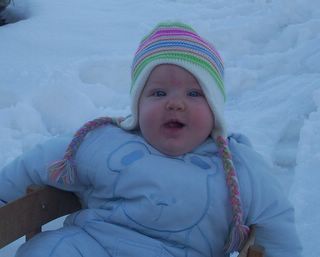 sledding in the snow 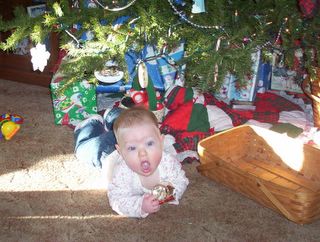 Eating the ornaments off the tree 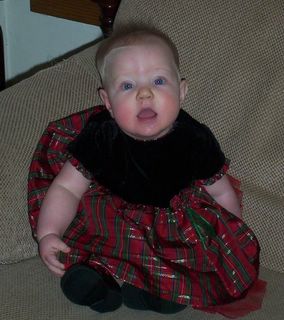 Christmas morning and haven't tried eating the dress yet 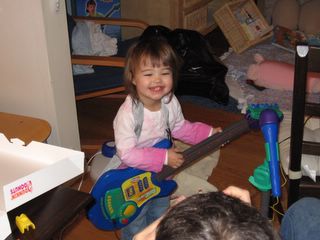 kate with her new "tar" for Christmas 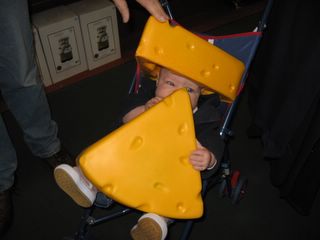 maddie has a little wisconsin blood in her 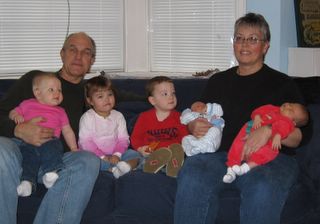 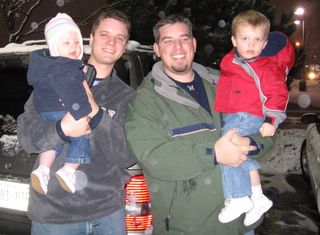 Aren't you guys holding the wrong kids? (this is also maddie's first snowfall) 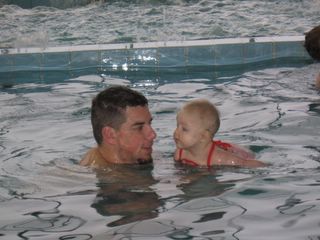 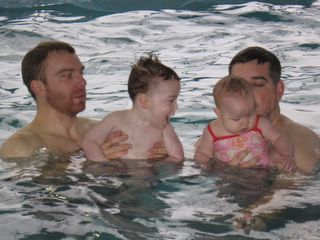 "What do you mean you've never been swimming? Ha" 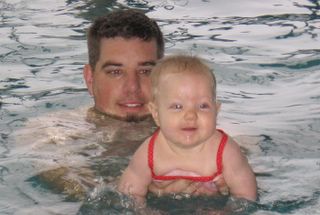 Maddie's On The Move

Well it has been quite a couple of weeks here. We have spent our two weeks in Wisconsin and are back and trying to get back into the swing of things. This week was a little bit of a whirlwind, but that is how it goes. Before we left for WI Maddie was starting to get up on her hands and knees and rock back and forth. She did that the whole time we were there, but would move a little forward if there was something she wanted. A couple of days after we got home she had started to crawl all over the place. It still takes her awhile to get places, but she is on the move and knows how to get where she wants.

Christmas break was lots of fun, we got to spend a lot of time with both our families. We got to meet our new nephew and niece. They are both spitting images of their siblings. We got to play in the snow. Maddie loved eating the wrapping paper off her gifts. Maddie went swimming for the first time (she loved it-it was like a big bathtub). When we look back at it, it was fun to be home for the time and we can't wait to go back, Maddie may be walking the next time we get home.

Basketball season is starting to wind down, Chad's quicker then mine. He has just about two weeks left. Baseball starts on the 23rd. My season goes until the 3rd of Feb. Chad's dad is joining us this week while he attends a conference here in Houston. My parents are planning a trip for later Feb. Which mom-there is a baseball game on the 18th. It sounds like my sister, brother-in-law, nephews, and mom might be trying to make a trip around spring break time. We are enjoying the wonderful weather. We can't complain about the 75 degree days.

We hope that everyone had a restful Christmas Break (if you got one) and hope you are enjoying the New Year. (Sorry it is a little late, but it has been busy around here)