Nothing too exciting for Valentine's Day here. I worked (only myself and the principal in the office and got more work done then the last few weeks combined), the girls had school, the both had parties in their classrooms, and they even had George Washington come to school yesterday and talk about his life. This week is reading week at school. I am still trying to figure out a storybook character for the girls to dress up as on Thursday.

Here was the Valentine pictures we sent to some people: 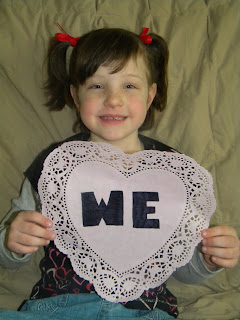 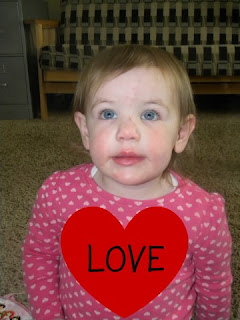 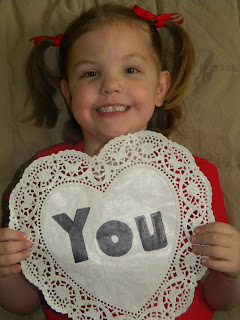 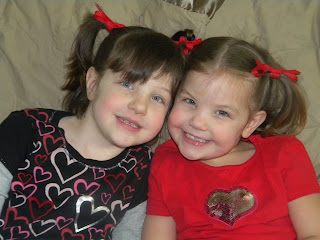 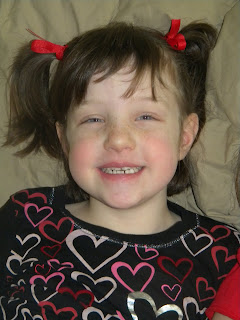 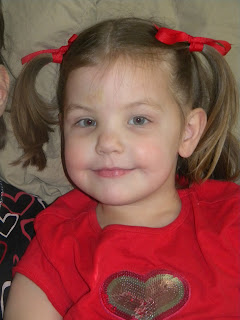 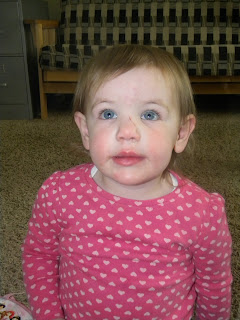 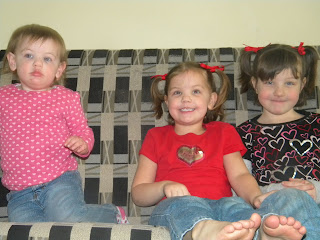 Even though the Brewers pitchers and catchers report tomorrow, we are still in basketball mode. Boy are we ever in basketball mode. It all started last Friday, Chad had a game against St. Cate's. They lost to them by 47 the last time they played them, this past week, they only lost by 18, much improvement. So anyways, the girls and I, plus an extra girl (Maddie's friend Mia) set off to ML to watch the freshmen game. Well okay, Lilly and I watched the game while the other girls played under the bleachers, in the bleachers, and in the hall. We were on our way after the freshmen game, Chad always stays for the JV, well he was so lucky that he got to coach the JV. Then he also had to sit on the bench for Varsity and assist. I was only sort of in the loop, but got the full story when he got home. So the short of it is that Chad was the only coach in the boys' program left after the game on Friday. A couple coaches were asked not to come back, the head coach decided to step down feeling responsible for the actions of the assistants that got asked not to come back.

So needless to say last week was left trying to fill in some coaches spots for the last two weeks of the season. So Chad has 3 freshmen games left, 4 varsity regular season games and a sectional game. He is lucky enough to have found three other guys to help him out for the next 3 weeks. A great person/coach to take over the JV and is doing the best job possible, given the situation.

So we are all adjusting here, but I know that he will give it the best shot he can for the 3 weeks. I am assuming that the team won't make it much past the first round of the sectionals considering that the JV and Varsity teams have not won a game yet.

So here's to Chad helping them get their first win of the season.